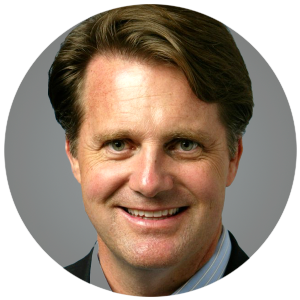 A 20-year veteran of pioneering master-planned communities, Dougall Agan is a principal of Stirling Development. A leader in industrial, office, retail and community development, Agan has been responsible for more than $3 billion in development activity on large-scale projects in Los Angeles, Orange, San Bernardino and San Diego Counties.

Recognized as a leader in the real estate development industry, Agan has been honored with appointments to various high-level leadership committees focused on supporting California’s economic growth. At Governor Arnold Schwarzenegger’s invitation, he joined the California Protocol Foundation, a group of executives committed to promoting California’s economy and positive business climate. Agan was also appointed Chair of the Media/Communications Committee for the Southern California Leadership Council.

Agan is an active member in the real estate community and serves on the Advisory Board of the National Association of Industrial and Office Properties (NAIOP), Southern California Chapter. In 1998, he served as the President for the Orange County Chapter of NAIOP and was instrumental in the integration of multiple smaller chapters into the now larger and more cohesive Southern California chapter of the NAIOP.

Agan is also involved in a number of regional organizations, including the Inland Empire Economic Partnership (IEEP), in which he helped create awareness for the Inland Empire North. He is a member of the Los Angeles Chamber of Commerce, Los Angeles Economic Development Corporation and the Air Cargo Association

Agan graduated from Claremont McKenna College with a Bachelor of Arts degrees in economics and business psychology.