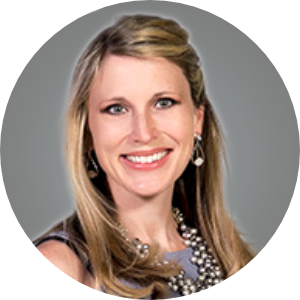 Amanda Houghton is Executive Vice President of Asset Management at Healthcare Trust of America, Inc. and is responsible for overseeing the building operations and leasing for over 23 million square feet of primarily medical office buildings in 32 states. Previous roles at the Company include Senior Vice President of Asset Management and Finance from January 2011 to December 2011, and Vice President of Asset Management and Finance from January 2010 to January 2011. She comes from a varied background with experience in asset and joint venture management, acquisitions, dispositions and corporate cash modeling and valuation. From August 2006 to December 2009, Ms. Houghton was the Manager of Joint Ventures for Glenborough LLC in San Mateo, California, where she actively managed over two million square feet of retail/office properties and 400 acres of development land. Prior to joining Glenborough, Ms. Houghton provided acquisitions, asset management and disposition support in her position as Senior Analyst at ING Clarion in Boston, Massachusetts from August 2005 to August 2006. Between July 2004 and August 2005, she was a Senior Project Analyst for Weyerhaeuser Realty Investors in Irvine, California. Prior to Weyerhaeuser, Ms. Houghton participated in mergers and acquisitions structuring and valuation at RSM EquiCo in Costa Mesa, California and business and intangible asset valuation at Bernstein, Conklin & Balcombe in Dallas, Texas. She holds the Chartered Financial Analyst designation, was appointed to the NAIOP Medical and Life Sciences Forum and is a member of the CFA Institute and Commercial Real Estate Women (CREW). Ms. Houghton received a B.B.A in Finance and a B.A. in Public Policy from Southern Methodist University.