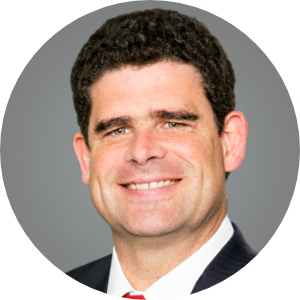 Andrew is a member of the firm’s Land Use and Natural Resources Team. Andrew has extensive experience in representing developers in the land use entitlement process and related areas, including all aspects of planning, zoning, and environmental review, in cities and counties throughout California.

As part of his entitlement practice, Andrew has advised clients on all aspects of the California Environmental Quality Act (CEQA), including ensuring the adequacy of project specific Environmental Impact Reports and Mitigated Negative Declarations under CEQA.

In addition to representing developers in the entitlement process, Andrew has defended projects that have been challenged under CEQA and other California planning and zoning laws in both state and federal courts.

In addition to Andrew’s legal practice, Andrew is a leading voice on land use related policy issues. Andrew has co-chaired the Los Angeles Economic Development Corporation’s (LAEDC) State and Local Policy Committee since its inception in 2011. This Committee has taken the lead on a number of important economic development issues facing Los Angeles County, including preservation of the California Enterprise Zone law, reforming CEQA, and preservation of job-producing land uses in the County. Andrew’s Committee undertook an initiative to streamline and facilitate on-location filming by bringing together all interested stakeholders, including the California Film Commission, local jurisdictions, studios, and labor, to develop a new statewide Model Film Ordinance and related Best Practices. The California Film Commission adopted the Committee’s work as the new model for the state, and a number of local jurisdictions have implemented the ordinance and best practices into law.

Prior to joining the firm, Andrew spent several years as an in house counsel at a Fortune 500 global biotechnical company, where he provided legal support on land use and real estate matters for the company’s locations world-wide.

Prior to working in house, Andrew was an attorney in the real estate, land use, and appellate groups with a major Los Angeles based law firm where, he represented developers and public entities in land use and related matters.

In law school, Andrew served as Senior Research Editor for the UC Davis Law Review and following graduation, Andrew clerked for the Honorable Dean D. Pregerson in the Federal Court for the Central District of California.