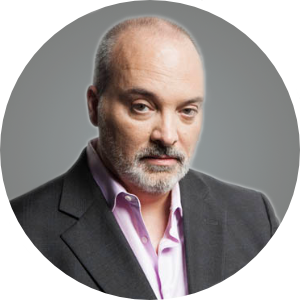 Andrew Spanswick, one of the leading mental health authorities in Hollywood, is quickly becoming one of the top go-to, savvy experts on national news programs and primetime TV magazines for his spot-on analysis on major breaking news headlines including the recent James DiMaggio abduction of Hannah Anderson, the Washington DC navy yard mass shooting or the perfect storm for Boston bomber Dzhokhar Tsarnaev. In fact, when top-tier media needs a knowledgeable, wellspoken and broadcast-ready mental health analyst who is known to be able to break down all scenarios with easy-to-understand takeaways, they look to Spanswick for immediate input. With 22 years as an experienced clinical therapist who specializes in dual diagnosis and addiction, Spanswick can be seen and listened to weekly on the leading KABC Talkradio in Los Angeles, Sirius XM channel 247 or through www.KLEANRadio.com on a critically lauded show that deals with topical issues surrounding recovery, addiction and mental health. Spanswick, CEO of White Rabbit Partners, is the manager and owner of behavioral health hospitals and services, Klean Centers, now in three major cities. Mr. Spanswick began his career in New Orleans, Louisiana. After receiving his MSW in Clinical Mental Health from Tulane University in Louisiana and working for five years in multiple inpatient psychiatric settings as a Director of Social Services, Mr. Spanswick entered the Master of Hospital Administration Program at Tulane while simultaneously founding Paradym Health Systems, Inc., a psychiatric hospital management company, with Dr. Alan Jason Coe as partner. PHS engaged in the development, operation and oversight of “distinct part” inpatient and outpatient psychiatric units placed in community and private hospitals throughout the Gulf South. Mr. Spanswick managed the operations of the company and all of the business development. In five years, PHS grew from two to nine psychiatric units and over 200 managed beds. As CEO, Mr. Spanswick designed the company’s operation and managed its growth, adding key personnel to ensure clinical, fiscal and regulatory oversight. Systems were set up to work directly with the billing Fiscal Intermediaries, JCAHO and the Federal and State’s regulatory bodies. Each hospital unit passed all JCAHO and State surveys with 100% compliance. Mr. Spanswick, with extensive experience in finance, has broken the mold when it comes to being a both a successful medical practitioner and businessman simultaneously. He has participated in several major technology and entertainment projects, arranging over $500 million in equity and senior debt through private equity and institutional financing entities. Mr. Spanswick is 46 and proud to call West Hollywood, CA his home for the last ten years.