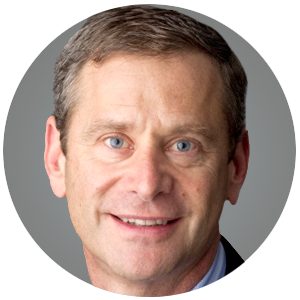 As of March 2011, Ted R. Antenucci serves as President and Chief Executive Officer of Catellus Development Corporation. From September 2005 through June 2011, Mr. Antenucci fulfilled several roles at Prologis; the last was President and Chief Investment Officer of Prologis as well as member of Prologis’ Executive Committee. From 2009 through June of 2011 Mr. Antenucci served on the Board of Directors for ProLogis European Properties (PEPR), a public fund trading on the Euronext stock exchange in Amsterdam.

From 2001 through 2005, Mr. Antenucci held the position of President of Catellus Commercial Development Corporation, with responsibility for all development, construction and acquisition activities. From 1998 through 2000, Mr. Antenucci served as Executive Vice President of Catellus Commercial Group, where he managed the company’s industrial development activities throughout the western United States, including northern and southern California, Denver, Chicago, Dallas and Portland. His long tenure with Catellus began in 1995.

In June of 2010, Mr. Antenucci was appointed to the Board of Directors of Hudson Pacific Properties, as well as on Hudson’s Audit Committee, a role he continues to perform. He is on the Board of Trustees of the Children’s Hospital Colorado Foundation, a position he has held since December 2010. Mr. Antenucci was also appointed to the Board of Directors of Iron Mountain, Inc. in June of 2011 where he serves on both the Audit Committee and the Finance Committee.

Mr. Antenucci graduated with a Bachelor of Arts degree in business economics from the University of California at Santa Barbara in 1986.