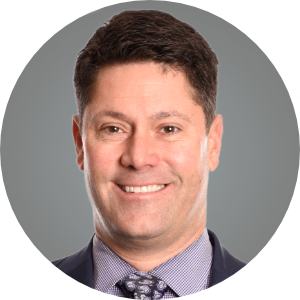 Bill Burgess is a Principal and Co-Head of Investment Banking at Sandler O’Neill + Partners, L.P. Mr. Burgess joined Sandler O’Neill in February 2009 and became a Principal in 2011. Based in the firm’s Chicago office, he has extensive financial industry experience and maintains a specific focus on mergers and acquisitions and capital raising for depositories and insurance institutions.

Since joining Sandler O’Neill, Mr. Burgess has been involved in a number of transactions for depository institutions, including the sale of MB Financial to Fifth Third Bancorp, the sale of PrivateBancorp to CIBC; the sale of FirstMerit Corp. to Huntington Bancshares; First Midwest Bancorp’s acquisitions of Northern States Financial, Standard Bancshares, NI Bancshares, Great Lakes Financial and Banco Popular (Chicago); the merger of Baylake Corp and Nicolet Bankshares; the sale of Taylor Capital Group to MB Financial and First National of Nebraska’s sale of its merchant acquiring business to TYSYS. Mr. Burgess advised clients on equity and debt capital issuances, including Comerica, Wintrust Financial, Associated Banc-Corp, First Busey Corp., and AgStar Financial Services, among others.

Prior to joining Sandler O’Neill, Mr. Burgess was a Managing Director in the Financial Institutions Group of Goldman, Sachs & Co. where he worked in investment banking for over 10 years. As a senior investment banker, he was responsible for coverage of Midwestern financial institutions, including over 35 publicly traded companies. Mr. Burgess advised clients on a wide range of transactions, including Sears Roebuck in its sale of Sears Credit to Citigroup; Household International in its sale to HSBC Holdings; and U.S. Bancorp in its merger with Firstar Corp. Over the course of his career, Mr. Burgess has been involved in more than 30 domestic and cross-border M&A transactions whose total value exceeds $60 billion and over 30 capital underwriting and corporate finance transactions with proceeds of over $20 billion.

Prior to joining Goldman Sachs, Mr. Burgess was a Lieutenant in the United States Navy from 1994-1998. His military service included leading a 135-man division on the aircraft carrier USS Kitty Hawk and two deployments to the Persian Gulf in support of U.N. no-fly zones over Iraq. He was awarded Navy Commendation and Navy Achievement Medals for exemplary performance and leadership during his deployments in the Persian Gulf, South America and the Caribbean.

Mr. Burgess holds a Masters of Business Administration in Finance from the Graduate School of Business at The University of Chicago and a Bachelor of Science in economics with honors and distinction from the United States Naval Academy.