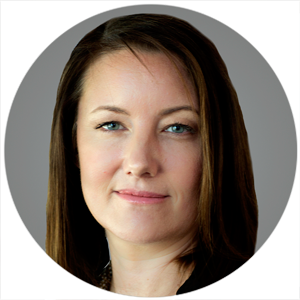 Elizabeth Braman is the Chief Production Officer at RealtyMogul.com responsible for procuring equity and debt investment opportunities. Elizabeth is a JD, MBA, CCIM, and an award-winning finance executive, with 15 years of experience in commercial real estate lending, business development and sales. Prior to joining RealtyMogul.com, Elizabeth was the Chief Production Officer at ReadyCap Commercial, one of the only non-bank, direct small-balance commercial real estate lenders providing bridge, conventional and SBA financing nationwide. During her tenure at ReadyCap she built a sales team of over a dozen commercial real estate professionals originating loans across the country as well as developed, launched and marketed a unique brand in the commercial lending world.

Prior to ReadyCap, Elizabeth was Senior Vice President of Skyline Financial’s Commercial Real Estate Lending Division, managing all aspects of the commercial staff, operations and production. A mortgage bank, Skyline funded nearly $2 billion dollars in annual residential loan production in 2012 and was named one of the top 100 Mortgage Companies in America (#48) by Mortgage Executive Magazine. Initially an investor in the company, Elizabeth created the Commercial Real Estate Lending Division to offer commercial loans to the clients of over 130 loan officers across four states.

Previously, Elizabeth owned, operated and launched several successful companies in the real estate and technology sectors. As Senior Vice President of Watermark Financial, a commercial real estate finance company, Elizabeth and her team were engaged to run the Commercial Lending Division of Peak Finance in Beverly Hills. She continues to serve as a board member and major shareholder of Learning Objects, a Washington, DC technology firm she co-founded in 2003.

Elizabeth served as the 2012 President of the Greater Los Angeles Chapter of CCIM and was honored with CREW-LA’s prestigious Rising Star Award 2011. She has taught courses in Real Estate at the University of California Los Angeles extension program, and currently sits on the board of Barlow Hospital, located in downtown Los Angeles. She started her career as an attorney in Washington, DC, at Blumenfeld & Cohen and later at Wilkinson Barker Knauer, LLP where she represented several Fortune 500 companies. Elizabeth received her B.A. from The American University and her J.D. and M.B.A. from The George Washington University.