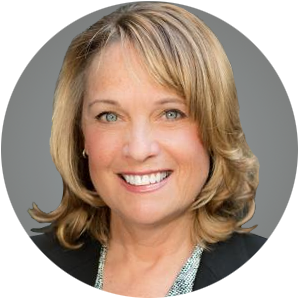 Christine Deschaine is a Senior Vice President in Kennedy Wilson’s brokerage division and specializes in the leasing and sale of retail property. She has more than 25 years of experience in tenant and landlord representation and has worked extensively in urban redevelopment with some of the area’s most prominent retail developers.

Christine has been an integral part of the real estate groups responsible for the resurgence of neighborhoods such as Santa Monica’s Third Street Promenade, Montana Avenue, downtown Burbank, Hollywood Boulevard, Marina del Rey, and Culver City. Her expertise and familiarity with city planning officials and processes in the region have allowed her to shepherd projects through these municipalities and identify and secure a successful tenant mix.

Christine is currently the exclusive agent for over 200,000 square feet of commercial space on behalf of owners such as Tucker Investment Group, Hackman Capital Partners, Pacific Development Partners and Auerbach Realty among others. She recently completed the repositioning of a Santa Monica office property into the area’s first 365 by Whole Foods concept.

Prior to joining Kennedy Wilson in 2013, Christine served as Senior Vice President and partner at Lee & Associates for 20 years.