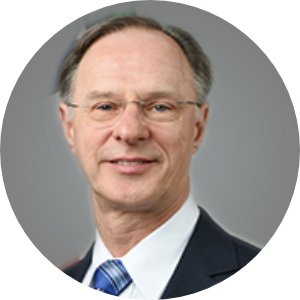 U.S. Department of the Treasury

Counselor to the Secretary

Daniel Kowalski currently serves as a Counselor to the Secretary of the Treasury. In this role, Dan advises the Secretary regarding Treasury’s efforts to drive the Administration’s domestic policy agenda. His particular areas of focus are budget and fiscal policy; health, education and welfare policy; tax policy; and infrastructure policy. From June through November, 2016, Dan served in several roles in the Trump campaign in New York City with an emphasis on these domestic policy issues.

Dan has 30 years of experience in fiscal policy at the federal, state, and local levels of government.

He started in Washington in 1995 with the Congressional Budget Office (CBO) as a Principal Analyst in the unit responsible for preparing CBO’s baseline budget projections.

In state government, Dan worked as Director of the Legislative Budget Office for the Missouri General Assembly, and as the senior individual income tax analyst with the Republican staff of the Finance Committee for the New York State Senate.

He started his career as a management analyst for the Deputy Commissioner for Audit in the New York City Department of Finance.

Kowalski earned a Master in Public Policy from Harvard’s Kennedy School of Government and a Bachelor of Arts from St. John’s College in Annapolis, Maryland.