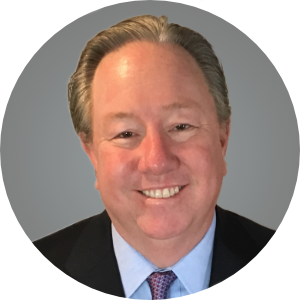 Mark Fluent is a Managing Director and Head of Western US Real Estate for Deutsche Bank. He is based in Century City and manages the Los Angeles, San Francisco and Dallas offices, overseeing the origination of floating and fixed rate, non-recourse commercial real estate loans and is responsible for balance sheet lending and CMBS on the West Coast.

Mark’s team has been the fastest growing and most prolific origination team within Deutsche Bank. Since founding the West Coast group in 2010, Mark’s efforts have helped Deutsche Bank become the market leader in CMBS origination and #1 in the League Tables for 7 of those 8 years. In 2018, his group will close over a hundred commercial mortgages for over $6 Billion USD.

On the balance sheet side, he has been instrumental in facilitating the growth of some of the West Coast’s leading owners and developers of hotel, office, and multifamily. Beginning in 2011, Mark successfully implemented a strategy of targeted investing in Silicon Valley and emerging tech-focused submarkets like Downtown Los Angeles, Playa and Culver City, propelling Deutsche Bank to become an outsized participant in commercial real estate lending on assets with tenants like Google, Amazon, Apple, Microsoft, and Netflix as these companies rapidly expanded into the new media arena in recent years. Today DB’s West Coast client list includes many of the most prolific builders and property owners in LA and Bay area.

Prior to joining Deutsche Bank, Mark worked at Lehman Brothers and Related Capital. He has originated over $40 billion of capital during his 30-year career. Mark lived in New York City during the 1990s, where he developed a love for contemporary art collecting. He lives in the Hollywood Hills with his wife and their two teenagers. Mark is a USC graduate and serves on the Lusk real estate board.