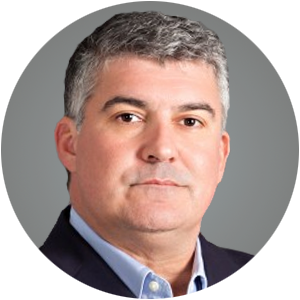 Frank Guerra is Founder and Principal of Altis Cardinal as well as Altis, LLC. Prior to that, Mr. Guerra was Principal and President of Neo Development and Neo Holdings. Mr. Guerra has overseen development and construction of several high-rise and mid-rise residential projects totaling over 3,000,000 square feet (over $775 million) as well as property and asset management of residential and office assets in excess of 2,000,000 square feet. AltisCardinal has developed particularexpertise in the multifamily space having acquired or developed over 2,000 units throughout Florida, Texas and Nevada. Previously, Mr. Guerra led a distinguished legal career – most notably practicing real estate law at BilzinSumbergin Miami. Mr. Guerra graduated with a law degree with an emphasis in real estate and transactional law, and Master’s in Business Administration with a concentration in finance, both from George Washington University.

Prior to Hunt, Mr. Suarez was with SL Capital where he was an Executive Managing Director in charge of production. During his three years there he originated approximately $300 million in CMBS loans. Prior to SL Capital he ran his own consulting firm from 2009 – 2012. There he worked with firms on distressed debt, representing both borrowers and buyers. From 2006 to 2009, Mr. Suarez was a partner at a boutique development company where he oversaw more than $50 million spanning several real estate projects. Before that he was a General Manager at Gables Professional Realty where he established and ran the firm’s commercial real estate division.