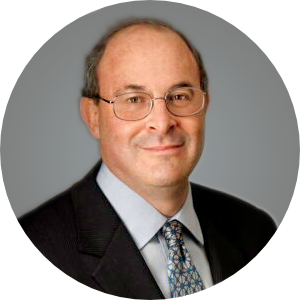 Toll Brothers, Inc. (Tollbrothers.com) (NYSE: TOL) is a Fortune 500 Company, the leading builder of luxury homes in the U.S. and one the nation’s largest land developers. The Company began business in 1967 and went public on the New York Stock Exchange in 1986. Toll Brothers serves move-up, empty- nester, active-adult and second-home buyers, as well as renters, in suburban and urban markets in 22 states across the U.S. and in Washington, D.C. In 2018, Fortune magazine named Toll Brothers the World’s Most Admired Home Building Company, the fourth year in a row it has been so honored.

Fred Cooper joined Toll Brothers in 1993 to establish its Finance and Investor Relations Departments. As the firm’s in-house investment bank, the team he leads is responsible for Toll’s capital markets and investor relations activities, as well as its partnering relationships with major U.S. and international financial and development institutions. Since formation, the group has raised over $15 billion from U.S., European and Asian banks, the public capital markets and institutional partners. In addition to capital raising, they advise on complex project structuring, joint ventures, corporate mergers and acquisitions and major property acquisitions.

From 1989 to 1993, Fred was Director of Corporate Finance and Planning at DKM Properties Corp., the real estate arm of the Dyson-Kissner-Moran Corporation, one of the nation’s largest private companies. From 1984 to 1989, he was Senior Vice President and a member of the Executive Committee of the Financial Services Corporation, New York City’s economic development bank. From 1980 to 1983 he worked in community-based affordable housing and economic development in the South Bronx and Brooklyn, New York.

He holds an A.B. from Brown University and a Master of Public Policy in finance and international development from Harvard University’s Kennedy School of Government.