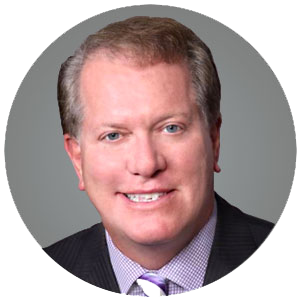 Fredericks, who has 33 years of aviation related industry experience, was nominated for the position by a two-member ad hoc subcommittee of the OIAA. He has served in senior leadership roles in the management of large, medium, small and non-hub airports, as well as overseeing the planning, design and construction of billions of dollars of airport development projects as an aviation consultant.

“After a global search for the ideal aviation professional to manage and grow Ontario International Airport, we are extremely fortunate to have successfully recruited Kelly Fredericks,” said OIAA President Alan D. Wapner. “He is a rising industry star, well-respected and well-known. He will ensure ONT is ready to meet the growing demand for air service in the region while maximizing the airport’s positive economic impact in the Inland Empire and beyond.”

Fredericks will join the OIAA in March 2016 and take the helm of ONT following approval of the airport transfer by the Federal Aviation Administration. An agreement reached between the cities of Ontario and Los Angeles in 2015 provides for the transfer of the airport from Los Angeles World Airports to the OIAA.

“I am pleased and honored to become the first CEO for the Ontario International Airport Authority,” said Fredericks. “I am impressed by everything happening in the Inland Empire. The transformation of Ontario International Airport is the most intriguing and exciting development project I can imagine. I have never seen such commitment and support demonstrated by a community towards a key transportation hub, and such a spirit of collaboration to optimize its economic benefit.”

Kelly graduated from Pennsylvania State University in 1983 with a B.S. in Civil Engineering.