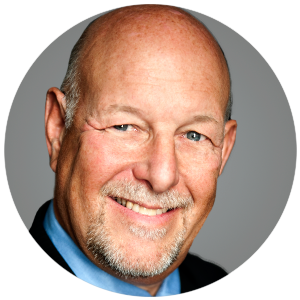 Throughout his 40-year career, Neil has arranged or directly funded more than $5 billion for hotel, multifamily and commercial properties in the United States and Caribbean. Notable transactions include a $31 million “Top 10” CMBS permanent loan for the refinance of Helgesen Development Corp.’s 1.4 million square foot Midwest industrial portfolio, a $26.5 million CMBS permanent loan for the adaptive reuse of the mixed-use Green Exchange in Chicago, $16.5 million in Federal and State NMTCs financing for the construction of the Blue Northern National Trail’s state-of-the-art biodiesel facility in Newton, IL, $40+ million for the adaptive reuse of the Chicago Motor Club Headquarters into a Hampton Inn hotel in downtown Chicago, and $150+ million for the redevelopment and later permanent debt refinance of The Roosevelt Hotel New Orleans (a Waldorf Astoria Hotel). In addition, Freeman’s entities maintain equity interests in commercial real estate worth more than $250 million.

One of the most successful New Markets Tax Credits (NMTCs) Community Development Entities with the US Treasury, UDF has received over $700 million in federal and state New Markets Tax Credit allocations, translating to over $1 billion in transactions. UDF focuses on the rehabilitation of hotels, mixed-use properties, retail developments, theaters and medical facilities in highly-distressed census tracts nationwide.

Formerly a licensed CPA, Freeman has a BSBA degree in Accounting from the University of Florida, and an MBA degree from Stanford University. In addition to serving on the Board of the Bergstrom Center for Real Estate Studies at the University of Florida, Freeman is an adjunct Real Estate professor at DePaul University in Chicago and a former board member for the school’s real estate center. Freeman is a member of the Urban Land Institute, MBA, the International Council of Shopping Centers, the Self-Storage Association, the Lincoln Park Builders and serves on the board of the Chicago Real Estate Investment Association.