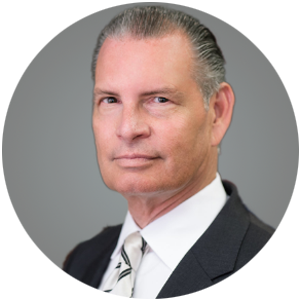 Gary is the President of Money360, and is responsible for developing and executing Money360’s expansion strategy. Gary also serves on Money360’s Credit Committee and Board of Directors.

Prior to joining Money360, he was Chief Lending/Originations Officer of CU Business Partners, LLC, the nation’s largest credit union service organization. Previously, Gary held management and production positions at Grubb & Ellis Company, Meridian Capital, Johnson Capital, FINOVA Realty Capital, Pacific Southwest Realty Services and Hometown Commercial Capital. Gary began his career with the Alison Company. Over the past thirty-two years, Gary has served in numerous roles (as a lender or an intermediary) and has been involved in all aspects of the commercial real estate finance industry including the origination, underwriting, structuring, placement and closing of over $9 billion in commercial debt transactions, ranging in amounts from $1 million to $150 million. These transactions were placed/funded with a variety of capital sources including life companies, commercial banks, and equity and mezzanine funds, on property types that included office, retail, industrial, multifamily, hospitality, self-storage and manufactured housing. He is a member of the Mortgage Bankers Association of America, California Mortgage Bankers Association, National Association of Industrial and Office Properties, and International Council of Shopping Centers. Gary has spoken at numerous industry events, written articles and has been quoted in a number of regional and national publications.