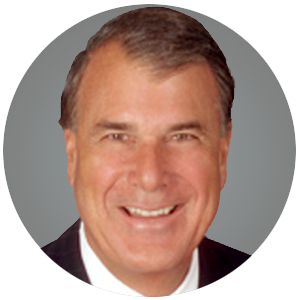 John S. Hagestad is responsible for overseeing all of the firm’s commercial operations including, the development, investment and management divisions. He sits on the executive management committee which reviews all investment decisions and directs the strategic and long range planning for the firm. During his career, Mr. Hagestad has been responsible for the acquisition and development of over 50 million square feet of commercial, office and industrial property.

In 1972 he joined the Koll Company as a vice president for project acquisition and development. Three years later he joined the Sammis Company as a founding partner responsible for all matters of finance and administration, with emphasis on lender and partner relationships. In 1990, Mr. Hagestad became president and chief executive officer of the SARES Company (the successor to the Sammis Company), where he was instrumental in its merger with The Regis Group to create the SARES REGIS Group 1993

Mr. Hagestad is a certified public accountant and holds a bachelor’s degree in business and a master’s degree in finance from the University of Southern California. He is a member / trustee of the Urban Land Institute and a member of the Lusk Center For Real Estate at USC, the UCI Center for Real Estate, the Fisher Center for Real Estate and Urban Economics at the University of California, Berkeley and the Real Estate Roundtable. He is also on the board of trustees / directors of the Orangewood Children’s Foundation, Sage Hill School, Cystinosis Research Foundation and California Republic Bank.