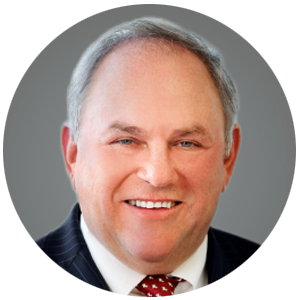 As Founder, CEO and President of TruAmerica Multifamily, I oversee acquisitions, asset management, rehabilitation, renovation and dispositions of multifamily residential investments in the Western United States. Throughout my career, I have overseen the acquisition and disposition of more than $6 billion in assets within the United States and Japan.

Previously, I served as Chief Executive Officer and President of Kennedy Wilson Multifamily Management Group from 2000 – June 2013. My responsibilities included overseeing a portfolio of 30 apartment communities totaling approximately 12,000 apartment units in the Western United States. During my nearly 14-year tenure at Kennedy Wilson (NYSE: KW), my team and I acquired and sold more than 20,000 apartment units with a total transaction value of more than $4.5 billion. I also served as a member of the Senior Management Team and as a named executive officer of the firm from 2010 to 2012.

I have served as Chairman of the Board of Directors of Chrysalis since 2005, a non-profit organization dedicated to creating a pathway for homeless and low-income individuals to find and retain employment in Los Angeles. I am a member of the National Association of Home Builders Multifamily Division Board of Directors. I am also a member of the National Multi Housing Council, the Urban Land Institute, and UCLA Ziman Center for Real Estate and the Real Estate Investment Advisory Council. I am a former President of the UCLA Anderson School of Management Alumni Association, and a former member of both the Board of UCLA Alumni Association, and the Anderson Board of Visitors. I have also been a featured speaker at numerous conferences and meetings of The Milkin Institute Global Conference, the Crocker Symposium, RealShare Apartment Conference, Bisnow, Crittenden Multifamily Conference, the Southern California Real Estate Association, the Urban Land Institute, the Ziman Center at UCLA, and the Real Estate Investment Advisory Council.