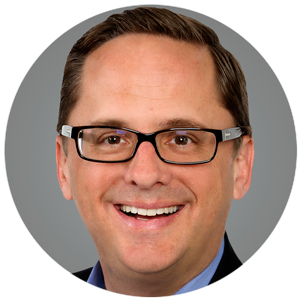 David A. Herbst is a public relations veteran, having been a senior executive of one of the Nation’s Top 10 PR firms. Herbst is well known for handling media crises stretching from the war in Iraq, to product recalls and toxic contamination issues as well as defending financial institutions and major real estate developers. He has served as both a City of Los Angeles Commissioner and as a Los Angeles County Commissioner as well as chairman of two chambers of commerce in LA County. In 2008, he was a member of the California Delegation to the Republican National Convention in support of Senator John McCain. Herbst led the public education campaign that saved the $60 billion Los Angeles Air Force Base from the last round of base closures. He was also the lead lobbyist for the historic settlement agreement between the City of El Segundo and the City of Los Angeles on the future of Los Angeles International Airport (LAX).

Herbst is well respected for his work at Playa Vista, one of the largest urban infill real estate developments in the United States, where he was a consultant during the Phase One approval process and then the Vice President of Corporate Affairs (with oversight of all public relations and governmental affairs activities) during the critical start of construction. He has also served as Senior Vice President and General Manager of MWW Group, then part of the Interpublic Group of Companies (NYSE: IPG), where he led the Los Angeles region and was a senior executive in the firm’s national public affairs practice group. Herbst has also served as a Director of Maytag Aircraft Corporation, a Colorado based company involved in U.S. government contracting worldwide. He was also a founding Director & Secretary of Apollo Freight, Inc., a perishable freight forwarding company based in Los Angeles and now merged with Hellmann Perishable Logistics to form HPL-Apollo. He was previously Vice Chair of the Board of Directors of the Southwest Defense Alliance.

Herbst’s civic contributions have been widely recognized and in The Congressional Record (Vol. 143/No. 84) then U.S. Congresswoman Jane Harman said: “I salute David for being one of those rare people who is not only successful in the business world, but dedicated to our community.” Herbst graduated from Loyola Marymount University (LMU) in Los Angeles with a bachelor’s degree in political science and a minor in business administration. He was elected Speaker of the Student Senate at LMU. He is a lifetime member of the National Jesuit Honor Society, Alpha Sigma Nu. Herbst, his wife Nathalie and four daughters live in Los Angeles.