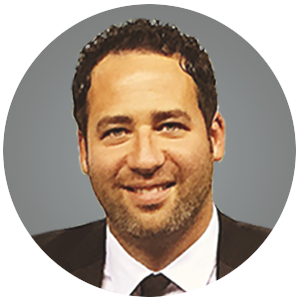 Jared Epstein is the Vice President and a Principal of Aurora. During his ten years with the company he has been instrumental in making the firm the largest owner and developer in the Meatpacking District and has completed over $2 Billion in total transactions. He has received CoStar’s coveted annual Power Broker award six times. Three of the retail transactions he spearheaded in recent years were nominees for REBNY’s Retail Deal of the Year. Mr. Epstein is a Founding Member of the Board of the Meatpacking District’s Improvement Association and BID, a Founding Member of the Board of the SoHo Broadway BID, a Member of the Board of the 34th Street Partnership, and is a member of REBNY and ICSC. Jared lives downtown in Manhattan with his wife, son and dog.