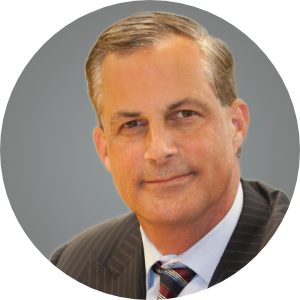 Jeff Day is Chief Strategy Officer of Newmark Knight Frank and President and Head of the firm’s Multifamily Capital Markets division, one of the largest multifamily capital markets platforms in the U.S. In these roles, Mr. Day focuses on the development and execution of corporate strategy, managing senior relationships with key clients and capital sources and expansion of products and services. He also serves on the NKF Executive Committee and Capital Markets Executive Committee and is Chair of the NKF Operating Committee.

Mr. Day currently serves in key roles on industry boards and advisory councils, including the NMHC Board of Directors, MBA Origination Council, Artemis Real Estate Partners Advisory Board and Board of Directors of Shelters to Shutters. He is also an International Advisory Board Member of the CU Real Estate Center at the Leeds School of Business, University of Colorado. Mr. Day is a past chair of the CREFC Multifamily Forum and GSE Reform Task Force and a past member of its Board of Governors and Policy Committee. He is also a past board member and chair of the Freddie Mac Advisory Council, Fannie Me Advisory Council, NAHB Multifamily Leadership Council and San Francisco Chronicle Citizen’s Advisory Board.

Mr. Day joined Newmark Knight Frank in 2018, when Berkeley Point Capital was combined with ARA Newmark to create Newmark Knight Frank Multifamily Capital Markets. Mr. Day had been CEO of Berkeley Point Capital since its acquisition by BGC Partners, NKF’s parent company, in 2017. Previously, Mr. Day was CEO of Berkeley Point and predecessor companies from 2006 to 2017 and Managing Partner-Western U.S. from 2002 to 2006. He joined the firm in 2001 as Head of Production-Western U.S. and was a member of the Office of the CEO, Executive Committee and a voting member of the Credit Committee. During his tenure, Mr. Day has been involved in various investment banking and trading activities, including capital raises, M&A, capital commitment facilities, TRUPS, loan syndication, CMBS, distressed debt and whole loan and pool sales.

Mr. Day received a Bachelor of Arts degree in business with a concentration in finance from the University of Colorado.