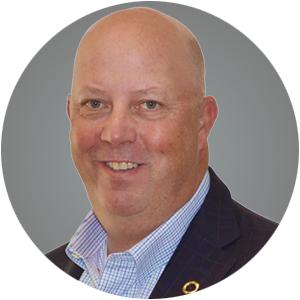 Jim has over 20 years experience creating, building and supporting high-performing teams. Prior to leading the Real Estate Banking division, he was Managing Director, Commercial Real Estate and Construction Lending at the bank, with his teams closing $1.19 billion in loans in 2018. Before joining Banc of California, Jim was the Director of Retail Income Property Lending at Luther Burbank Savings, where he was able to lead the team to incredible results assisting the bank to grow from $4.0B to almost $6.0B in assets. Prior to LBS, Jim was an Executive Director at Chase Bank/WaMu for over 10 years, where he held several positions focusing on CRE, Asset Management and the MFL businesses. Jim has also held senior sales and management positions with Nextel Partners and Household Finance.

Jim is active in the community and serves as a CASA (Court Appointed Special Advocate), where he is a voice for at-risk youth in the court system.