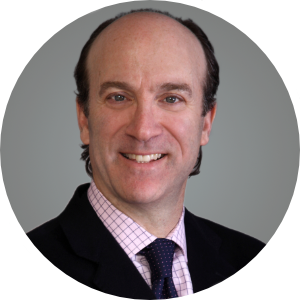 Joel Breitkopf, Principal of Alchemy Properties, has been in the real estate industry his entire professional career. Joel is involved in all aspects of Alchemy’s developments and investments including acquisition, finance, design, construction, marketing and strategic planning and is a principal of Alchemy – ABR Investment Partners which acquires existing commercial buildings in select major markets. Alchemy-ABR is also looking at opportunistic commercial development projects in partnership with institutions. Joel joined Alchemy in 1993. Previously, he was an executive at Commercial Bank of New York and was Vice President of Acquisitions and Finance for Himmel+Meringoff Properties. In this capacity he oversaw opportunistic acquisitions and structured bank workouts in the early 1990’s. Joel was also a real estate loan officer at Chemical Bank Realty and, prior to that, an analyst at LaSalle Partners, a national real estate advisor.

In 2013, Joel started a music therapy program for Veterans with PTSD, called Healing our Heroes, at the Music Conservatory of Westchester where he is now the President of the Board of Trustees. He was also President of B’nai B’rith Real Estate, and has been affiliated with numerous other industry groups and charities. Joel has financed well over $2 Billion in real estate transactions and has acquired over 3,500,000 square feet of real estate during his career. He has lectured at the Yale University School of Architecture, the University of Pennsylvania, the Wharton Graduate School of Business, Cornell University and has been an Adjunct Professor at New York University’s Master’s Program in Real Estate. Joel is a graduate of the University of Pennsylvania with a B.A. in Economics.