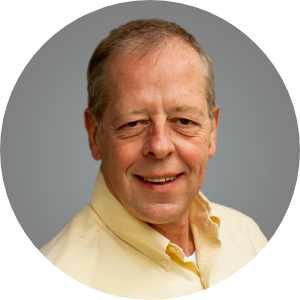 Having grown up in the 60s and 70s, at the height of mid-century modern design, on-going development of the modern campus, and evolution of the skyscraper, John was inspired by the built world. Through his 36+ years working in the field of architecture, he has become an expert in healthcare and senior living environment design, as well as commercial development.

As the Healthcare Studio Principal at Hobbs+Black Architects, John has lead notable projects such as the Aldara Hospital and Medical Center in Riyadh, Henry Ford Medical Group Facilities in Southeast Michigan, and Tucson Medical Center Master Plan and Development in Arizona. In addition to his practical experience, John has overseen and contributed to the publication of several whitepapers pertaining to healthcare design.

Additionally, John is also the recipient of numerous industry awards from institutions such as the Center for Health Design, AlA, Modern Healthcare and the International Interior Design Association. In addition, John has been featured in several healthcare publications and presentations, exploring topics such as “The Future of Ambulatory Care,” and “Building in an Urban Setting for Rehabilitative Care,” “Design for Success: Efficiency and Effectiveness through Facility Design,” and “An Opportunity for Wellness.”