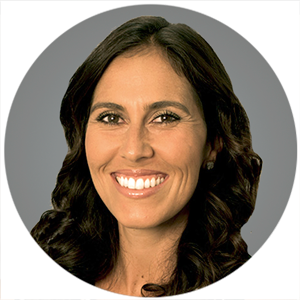 Ms. Kayyem is the Vice President of Marketing for Pacific Retail Capital Partners (PRCP). In this role she oversees comprehensive branding, strategic communications, repositioning, public relations and marketing activities for PRCP’s expanding portfolio of properties. Prior to PRCP, Kayyem was CEO for SICFIT, a national lifestyle fitness brand where she drove the strategic expansion of the SICFIT brand, which includes gyms, competitions, retail, media and virtual networking.

Kayyem was a commercial real estate marketing executive for more than a decade for such firms as Related Companies, Caruso Affiliated, Westfield and RED Development. In these roles, Kayyem was responsible for successfully launching and marketing some of the largest mixed-use developments and landmark projects in the nation. She has experience in management, operations, leasing, development, hospitality and sponsorship for high profile centers across the country most notably: Westfield Century City, The Grove, The Americana at Brand and The Grand in Los Angeles, Westfield San Francisco Center and CityNorth in Phoenix, AZ.

Kayyem is regularly featured as a nutrition and fitness expert on KTVK TV 3, Fox 10, KPNX 12 News (NBC), ABC 15 and CBS 5, as well as in national health and wellness publications. Additionally, Kayyem is a member of EO Accelerator an Entrepreneurial Organization and facilitates various networking events connecting high-achieving, like-minded individuals from various industries. Kayyem is also a member of International Council of Shopping Centers.

Kayyem is a graduate of San Diego State University with a Bachelor of Arts in Communication. She enjoys traveling with her husband Luke and two children, cooking and supporting various non-profit organizations such as Arizona Baseball Charities, The Pat Tillman Foundation and the Playworks Arizona Foundation.