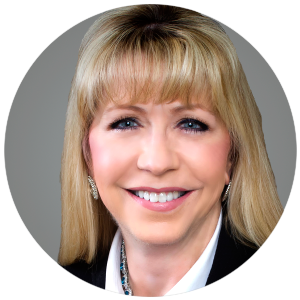 Laura Khouri is President of WNPM, which currently manages nearly 23,000 apartments located throughout Southern California, Colorado, and Nevada. Ms. Khouri is responsible for the operations of the property management division, provides strategic company direction relative to the multifamily assets in the portfolio, and serves as a member of the Executive Committee which governs all companies under the Western National Group (WNG) umbrella.

Ms. Khouri joined WNG in 1985. Prior to assuming the position of President, she held numerous leadership positions within WNG, most recently as the President of the Multifamily Ancillary Group (MAG). Ms. Khouri also held the position of Senior Vice President in which she was responsible for all aspects of Human Resources, Training and Development, Risk Management, and Investor Relations. Additional positions also held during her 32-year tenure include Vice President, Human Resources and Vice President, Operations. Ms. Khouri is a licensed Real Estate Broker in the State of California and Utah, was certified by the HR Certification Institute as a Senior Professional in Human Resources, and was previously a licensed Insurance Agent/Broker in six states.