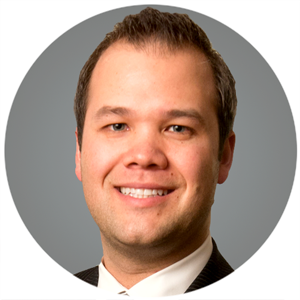 As Assistant Vice President, Mr. Kwok focuses on debt financing for the acquisition and refinance of commercial properties nationwide. During his 8-plus years in commercial real estate, he has worked on structuring creative financing solutions through a variety of capital sources, including Fannie Mae, Freddie Mac, FHA, CMBS, life insurance companies, bridge and balance sheet. Since 2008, Mr. Kwok has played a crucial role on deal teams collectively responsible for originating, underwriting and closing more than $3 billion of debt.

Mr. Kwok joined Capital One’s Newport Beach office in 2011 as part of the company’s commitment to expanding its focus in the western United States. Prior to joining Capital One, he was an associate with Deutsche Bank where he was responsible for underwriting and credit analysis of multifamily loans through Fannie Mae and Freddie Mac.

Mr. Kwok holds a Bachelor of Science degree from the University of Southern California with an emphasis in real estate development and finance. He is also an active member of the Urban Land Institute and the Trojan Real Estate Association.