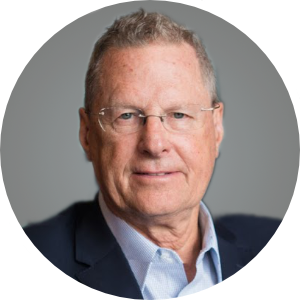 Larry Hamilton is Chairman and CEO of Hamilton Properties Corporation, a company he founded that has offices in Colorado and Texas. Hamilton specializes in converting historic buildings that have outlived their original uses into hip, urban mixed use destinations. Over the past eighteen years, he and his son, Ted, have helped lead the revitalization of downtown Dallas with the historic Davis Building, Dallas Power & Light, Mosaic, and Lone Star Gas Lofts, the latter three occupying full city blocks downtown, all of which are loft apartment projects with ground floor retail. The Aloft Hotel Downtown Dallas and Lorenzo Hotel are Hamilton hospitality developments. Larry helped launch Magnolia Hotels in downtown Denver, Houston and Dallas.

The company has received awards for real estate achievements, urban revitalization and historic preservation. Larry was once pictured on the front page of the Wall Street Journal in an article detailing downtown Dallas’s revitalization and in 2009 received AIA Dallas’s Community Honor Award.

In Colorado he launched the joint campus of the University of Colorado at Denver, Metropolitan State College of Denver and Community College of Denver that originally contemplated clearing a 44 block run down area adjacent to downtown but which he revised to save numerous historic buildings that today give the 41,000 student campus its architectural identity and character. He went on to chair two Colorado higher education governing boards including the State Board for Community Colleges.

Larry believes that rehabilitating historic buildings offers opportunities for multiple layers of design, and the counterpoint of new versus old that strengthens the architectural fabric of our cities and he sees both Dallas and Denver as part of a nationwide trend reversing the flight to suburbia and back to our downtowns.