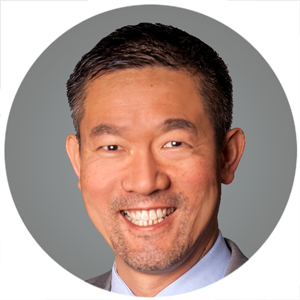 Mike Lee serves as the Economic Development Director for the City of Moreno Valley, CA. Over the past twenty years, Mike has emerged as one of the most respected Economic Development professionals in local government with a successful track record of transforming the economies of local cities in southern California.

Mike comes to Moreno Valley from the City of West Covina where he served as Assistant City Manager and Community Development Commission Director. He holds a Bachelor’s degree in Urban and Regional Planning from Cal Poly Pomona and a Masters of Public Administration from the University of La Verne.

Mike is excited to work in Moreno Valley at a time that is booming with opportunities in key growth sectors such as logistics, medical/office, and e-commerce. Recent projects include Karma Automotive’s (formerly Fisker) selection of a newly constructed 555,670 sf auto manufacturing facility where the company will produce luxury hybrid vehicles; the establishment of a new Aldi grocery store and the company’s Western Regional headquarters located in a new 825,480 sf building; the recruitment and hiring of over 2,000 employees for the new, award-winning 1.25 million sf Amazon Fulfillment Center through the City’s newly created and award winning Hire MoVal program; the completion of Deckers Outdoor’s (UGG Boots) 800,000 sf primary north American e-commerce and distribution center; and the recent approval of the World Logistics Center, a 40.6 million square foot industrial business park that is destined to be one of the largest in California’s history.

Mike adds these projects to a long list of accomplishments that began when he started his public sector career in Pomona, CA. In 1999, he joined the City of West Covina where he most recently served as Assistant City Manager and Community Development Commission Director. He was also appointed by the Mayor to the West Covina Successor Agency Oversight Board and was involved in successful negotiations for numerous development agreements for commercial shopping centers, auto dealerships, mix-use projects, medical office developments, affordable housing, and recreational facilities. During his tenure, he was directly responsible for completing over $600 million in new projects and generating millions in new tax revenue for the city. He also purchased and sold properties for the Redevelopment Agency generating millions in land sale proceeds to the City, and developed over one million square feet of commercial development.

Mike’s projects have won several prestigious awards including the Helen Putnam Award, Phoenix Award, and contributed to the City’s recognition as the most business-friendly city in Los Angeles County. More importantly, his economic development efforts have created thousands of jobs.

Mike is a graduate of Cal Poly Pomona with a Bachelor’s degree in Urban and Regional Planning and a holds a Masters of Public Administration from the University of La Verne. Mike currently resides in Chino Hills with his wife, Brenda, and two sons, Ryan and Alex. He enjoys reading, spending time with family, and tent camping on the beach.