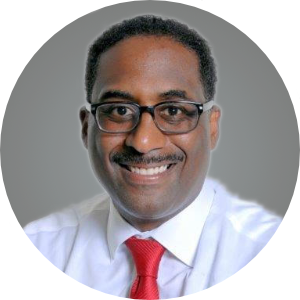 Over the past 15 years, Leon I. Walker, Esq. has spearheaded cutting-edge community development projects that have generated thousands of new jobs, and brought grocery stores and health care services into the food and health care deserts on Chicago’s south side.

Mr. Walker is an innovator who continues to be at the forefront of utilizing new financing tools and blending funding streams. During his career, Mr. Walker has structured more than $100 million in New Markets Tax Credits (NMTCs), including at the award-winning Roseland Medical Center, which was the first project to finance new construction with NMTCs in Chicago. He was also the first Chicago developer to use crowdfunding for new construction, raising $500,000 in two days from 61 investors in 26 states as part of the $20 million capital stack for the nationally recognized Englewood Square retail center, anchored by Whole-Foods.

As the Managing Partner of DL3 Realty, Mr. Walker works closely with municipalities, anchor institutions, and Fortune 500 companies to implement projects that are sensitive to a neighborhood’s character
while creating economic opportunities for those who live there. Mr. Walker’s projects are more than just bricks and mortar. They are designed to provide a stimulus that ultimately lifts economic prospects and quality-of-life for local residents. He calls his work “Venture Development,” as described in a recently released discussion paper that can be downloaded at dl3realty.com/venturedevelopment.

Current projects include a newly opened Jewel-Osco that is the first grocery store to come to the Woodlawn community in over 40 years, helping to accelerate local revitalization efforts underway through the University of Chicago, Obama Presidential Center and local neighborhood organizations. He recently opened the new UI Mile Square Health Center in the South Shore neighborhood, collaborating with the YWCA to creatively co-locate critical health care and child care services at one site to better support the needs of families. He is also collaborating with Central City Productions to develop the nation’s first National Museum of Gospel Music, a highly inspirational project in the historic Bronzeville community on the site once occupied by Pilgrim Baptist Church, known as the birthplace of gospel. Mr. Walker is also leading the effort to develop social innovation hubs in Woodlawn, Chatham and Morgan Park. These new developments are anchored by some of Chicago’s most seasoned non-profit tenants including a Lighthouse call center providing 400 new jobs, a new Gift of Hope training center designed to prepare new candidates for medical careers, and University of Chicago sponsored co-working space for social enterprises.

Mr. Walker serves as a Board member of the Greater Chicago Food Depository, the Marshall Bennett Institute of Real Estate at Roosevelt University and as a Commissioner of the Roseland Community Medical District. He is a member of the Economic Club of Chicago, Realty Club of Chicago, International Council of Shopping Centers Government Relations Committee, and The Business Leadership Council.

Prior to taking on the leadership of DL3 Realty, Mr. Walker worked in corporate real estate services at Jones Lang LaSalle, and in real estate capital markets at Citicorp Securities. He is a graduate of the University of Chicago’s Law School and Booth School of Business, and received his Bachelor’s degree from the University of Michigan. He lives with his wife and two children in the Kenwood historic district on Chicago’s south side.