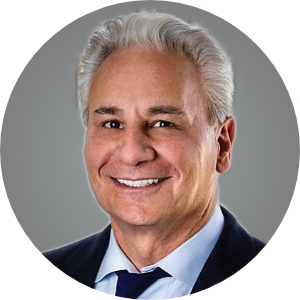 Over the past 35 years, Mr. Feldman has helped raise and deploy more than $100 billion in debt and equity for housing, infrastructure, and technology companies. His advice has resulted in the successful launch and scaling of many of the top online debt and equity platforms, including ArborCrowd, ClearCapital, CrowdStreet, Fundrise, PatchofLand, RealtyMogul, RealCrowd, and Wealthforge.

Mr. Feldman has numerous media appearances to his credit on CNBC, CBS, Bloomberg Television, ABC, Fox, NPR, and Sirius XM. His ideas and opinions on capital raising and real estate have been featured in Barron’s, Bloomberg, Forbes, Fortune, The Los Angeles Times, The New York Times, and The Wall Street Journal.

Mr. Feldman founded Goodwin Procter LLP’s California offices and led the establishment of Goodwin’s Fintech and online capital markets practices. He is a graduate of the University of California, Davis, School of Law, where he served as Executive Editor of the UCD Law Review. Mr. Feldman serves as Chairman of the Board of the UCLA Ziman Center for Real Estate at the John Anderson School of Business, where he lectures on real estate capital formation and online technologies.