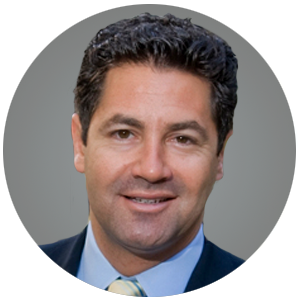 A leading national retail expert with a predominant focus on serving high-end fashion and luxury brands as well as the entertainment industry, Luchs joined NGKF’s National Retail Advisory Services division to cater to the firm’s burgeoning roster of national and international retail clients. An advisor with a vast bicoastal reach, Luchs brings among the most robust, expansive retail client lists in the industry, including fashion as well as non-fashion retail brands, restaurants, and office tenants. He also represents various landlords across Los Angeles, New York, and other major retail markets. Luchs has been involved with some of the most prominent leasing and sales deals in Los Angeles in the last decade, and represents runway’s finest including LVMH brands Céline, Louis Vuitton, Christian Dior, Lanvin, Isabel Marant, and Bottega Veneta, among others. Recently, he negotiated the $85 million sale of 319-323 North Rodeo Drive in Beverly Hills to LVMH Moet Hennessy Louis Vuitton SA, representing both buyer and seller. From 2007 to 2012, Jay was involved in more than $2 billion in lease and sale transactions. Jay was also involved with the recent 2013-2014 Rodeo Drive sales including the Lladro sale to Chanel and the Gucci building sale to a private buyer, as well as the Banana Republic building sale on Beverly Drive to a private investor.

In New York, Jay was on the landlord side of the Gucci lease at Trump Tower (725 Fifth Avenue) which won New York Tri-State area’s Deal of the Year and represented IT Group on Fifth Avenue at 53rd Street (Rolex building) in the disposition of the Just Cavalli lease. Following his’ move to NGKF in early 2013, Jay has since built an extensive landlord and tenant rep business in New York and as well as a local team that is continuing to grow.

Prior to joining NGKF, Luchs spent 12 years at CBRE, most recently as executive vice president. He garnered numerous company awards and consistently ranked among its top 5 retail professionals nationally.