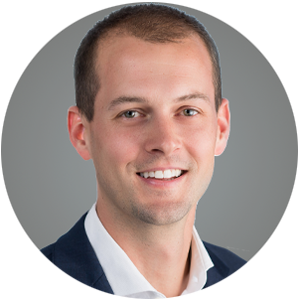 Over the course of an eleven-year career, Mac has sourced, underwritten, originated and/or closed real estate transactions with total capitalizations in excess of $800 million. Over that time period, he has developed a reputation as a trusted advisor and tireless advocate for his clients, and he is a frequent panelist and author within real estate circles. Before joining Mag Mile in 2017, Mac led Bank of America’s Midwest SBA platform, overseeing SBA 504 and 7(a) lending. Prior to that position, he worked for Birmingham, Michigan-based ValStone Partners, a private equity fund focused on alternative sectors including distressed debt, direct real estate development, and related special situations. During his time with ValStone, Mac served on the fund’s investment team that acquired a $75 million portfolio from publicly-traded Brookdale Senior Living (NYSE: BKD), serviced a portfolio of performing and non-performing loans, managed 2,000+ units of senior housing, and worked closely with senior management and other stakeholders in the active repositioning of several real estate developments. He started his commercial real estate career in the credit area of SomerCor 504, Inc., a Certified Development Company and one of the largest issuers of SBA 504 paper in the country. When he left SomerCor in 2015, he was the lead originator on a team that was routinely named the largest government guaranteed lender in Chicago.

Mac holds a Bachelor of Arts degree in Business Administration from the University of Colorado, and a Master of Business Administration degree with a concentration in Finance and Economics from The University of Chicago Booth School of Business. Either directly or through the firm, he is a member of the International Council of Shopping Center (ICSC), Urban Land Institute (ULI), the National, Michigan, and Illinois Self-Storage Associations, the Real Estate Investment Association of Chicago, Chaldean American Chamber of Commerce, and the Asian American Hotel Owners Association.