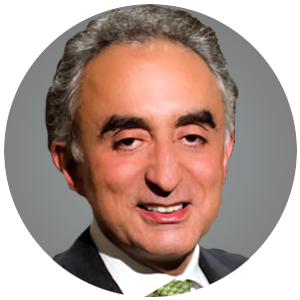 Henry Manoucheri’s successful real estate career spans over 30 years. Henry began his career at Marcus & Millichap in 1985 and became one of their top brokers, being recognized throughout California as well as nationally. He has brokered over $500,000,000 worth of transactions in apartment buildings, office buildings, industrial properties, shopping centers and land.

After leaving M&M, Henry launched his own privately held acquisitions business, as principal. In less than six months the number of apartments owned grew 200% from 400 to 1,200 units. Having demonstrated a detailed knowledge of acquisitions, operations and construction, Henry was able to partner with Bank of America to acquire and renovate a large apartment community in Carlsbad, CA. The asset was acquired at a purchase price of $50,700,000 with $10,500,000 in equity from Bank of America and $1,200,000 of equity from high net-worth investors. After successfully renovating the property and enhancing day-to-day operations, Henry sold the property four years later for $78,000,000 generating a profit of nearly $9,500,000 for himself and his investors.

From this point forward a career of buying significant, well located apartment communities in Southern California began, acquiring 100+ unit properties throughout Los Angeles, Inland Empire, Ventura and San Diego County. Trisail of Bank of America and Urdang Advisors completed 10 large transactions with Henry over a successful 10 year relationship with acquisitions ranging from 200 to 450 units on transactions of $20 million to $70 million. This provided the economic platform for Henry to grow the portfolio to over 4,000 units. Additionally, Henry continued improving and refinancing smaller apartment communities, delivering 400 – 800% total returns to his investors over time.

Henry, supported by research and analysis, sensed a changing marketplace and began selling select assets at record prices and cap rates from 2006 to 2008. The vast majority of sales were not used in trade, but rather to fund future acquisitions during the next down-cycle and to provide returns to investors.

With over 30 years of experience in the business, Mr Manoucheri has been able to successfully navigate the company through difficult times by focusing on value-add propositions, detailed operations, and favorable financing opportunities, thereby profiting even during down cycles. This devotion to discipline, hard work , continuous examination of operating results and a hands-on approach has enabled Henry to deliver an average return of 22% percent annually across numerous assets, based on cash flow, and a return of over 60% per annum on assets sold.