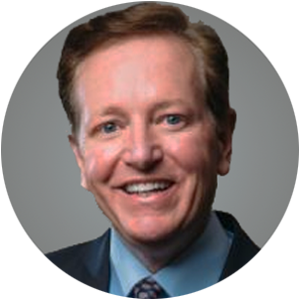 Prior to forming Brennan Investment Group, Mr. Brennan co-founded First IndustrialRealty Trust (NYSE: FR) in 1994, and served as President, Chief Executive Officer and a member of the Board of Directors until late 2008.

Often sought as an industry expert on industrial real estate, Mr. Brennan has appeared on CNBC, CNNfn and Bloomberg Television. Mr. Brennan is a prominent leader in the real estate community and is a member of ULI and the World Presidents’ Organization. Mr. Brennan was named Commercial Property News’ “Industrial Property Executive of the Year” in 2000 and one of Irish American Magazine’s Top 100 Business Leaders in America in 2003.

Before co-founding First Industrial, Mr. Brennan was a President and Partner in The Shidler Group, a nationally prominent real estate firm specializing in value-add real estate transactions. He is a founding investor and current member of the Board of Directors for Pacific Office Properties (AMEX: PCE), an office REIT that owns institutional quality properties in Honolulu, California, and Arizona. Brennan is also a member of the Technical Committee for Fibra Macquarie, (FIBRAMQ), a publicly traded company focused on industrial and retail assets, headquartered in Mexico City. Mr. Brennan earned his Bachelor’s degree in Finance from the University of Notre Dame in 1979.

Mr. Brennan currently serves as Executive Director of the University of Wisconsin’s James A. Graaskamp Center for Real Estate, a program that is consistently ranked among the best real estate programs in the world.