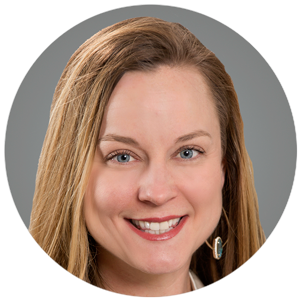 Melissa Neslund worked with Sackman Enterprises for 2 years in the role of Sr Development Manager but very recently accepted a position within the Land Use and Entitlement group at Armbrust and Brown, PLLC.

Ms. Neslund has experience overseeing and working on zoning and permitting of large-scale commercial, multi-family and mixed-use projects. Prior to joining Sackman Austin, Melissa was Vice President and Director of Land Use and Entitlements at Bury, a multi-discipline land development consulting firm. Ms. Neslund worked at Bury for 10 years in a business development, land use, entitlement and policy capacity. Prior to joining Bury, she worked as Land Development Planner at Drenner Stuart Wolff Metcalfe von Kreisler assisting developers in obtaining entitlement approvals for their development projects, and also interned for the City Manager’s office in San Marcos, Texas prior to college graduation.

She is currently in her third year serving on the City of Austin Board of Adjustment (BOA) and previously served for three years on the Land Development Code Advisory Group (CAG). Ms. Neslund is the 2018 Chair-Elect of the Real Estate Council of Austin (RECA). This year, she is chairing the RECA CodeNEXT committee and previously chaired the City of Austin Policy Committee for five (5) years. She is a 2009 graduate of the Leadership Development Council (LDC) of RECA. She is also active in the Austin Urban Land Institute (ULI) and serves on the steering committee of the Women’s Leadership Initiative (WLI) and is a ULI Young Leader mentor this year. Ms. Neslund graduated from Texas State University in 2003 and holds a degree in Public Administration & Urban and Regional Planning with a minor in Political Science.

When she’s not knee deep in a project or Austin land use policy, Melissa enjoys spending time with her husband, Jon, five-year-old son, Graham, and three-year old daughter, Amy doing anything and everything. Some of her family favorites include the Butler Hike and Bike trail, swimming in the Guadalupe river in Kerrville where she grew up, Zilker Park and the zephyr train, the Austin rescue zoo, local farmers markets and all the live music and festivals they can squeeze in.