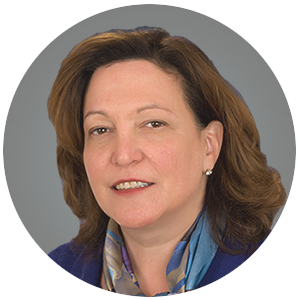 She also co-chairs City National’s Women’s Caucus, and is a member of the bank’s Greater Los Angeles Management team.

Ms. Serden previously served as a regional manager for the Los Angeles, Ventura and Santa Barbara areas, as a senior vice president and team leader in Real Estate Banking, where she earlier was a vice president and senior relationship manager. She is a recipient of the bank’s Blue Ladder and President’s Circle and Pinnacle trophy outstanding performance awards.

Before joining City National in 1995, Ms. Serden spent almost 15 years at Union Bank of California, where she began her banking career in 1981. She served in senior management positions, including vice president and commercial mortgage division manager and regional manager of the bank’s Southern California real estate special assets group. After completing Union Bank’s management training (credit/lending) program, she held a variety of team leader, relationship manager and lending positions. She received the bank’s President’s Award in 1993.

Ms. Serden is Vice Chair of the board of the Southern California Leadership Network and a sustaining board member of the UCLA Ziman Center for Real Estate.

She is a former member of the advisory council of the Center for Real Estate in the College of Business and Economics at California State University, Northridge. She earlier served several years as both a board member and an officer of the Los Angeles chapter of Lambda Alpha International, an honorary land economics society.