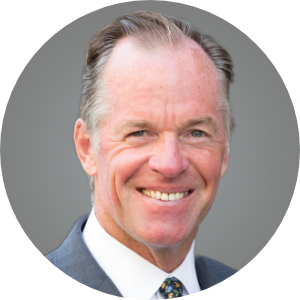 Paul Massey was born in Boston, Massachusetts where he attended the Roxbury Latin
School. He graduated from Colgate University with a Bachelor of Arts degree in Economics,
in 1983.

Mr. Massey began his career at CBRE and soon became head of the market research
department in Midtown Manhattan, then as an investment sales broker.

As CEO of Massey Knakal, he led the development of the firm’s strategic initiatives including
geographic expansion as well as the growth of the firm’s service lines. At the end of 2014,
Cushman & Wakefield acquired Massey Knakal and Mr. Massey was appointed President,
New York Investment Sales.

In 2017, Paul Massey ran as a Mayoral Candidate for New York City, primarily focusing on
education, housing and homelessness while also providing solutions for how to improve
quality of life in the city.

In July 2018, Mr. Massey and his partners Neil Heilberg and Michael Wlody, launched a new
commercial brokerage firm, B6 Real Estate Advisors, short for “Building By Building, Block By
Block”. The investment sales and capital advisory firm specializes in middle-market ($1-$200
million). The firm employs a distinct Territory Network model that ensures sub-market
expertise for its agents along with an owner-aligned philosophy and a technology-forward
platform.

Mr. Massey is a member of numerous organizations including REBNY and The Lower East
Side Tenement Museum. He is also an amateur boxer and an avid skier. He and his wife,
Gretchen, have three children; son, Paul III, and daughters, Sarah and Greta. He resides in
Larchmont, NY.