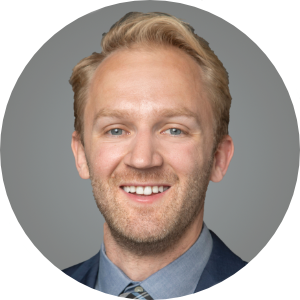 Mr. Monsen, rejoined George Smith Partners on Team YazLee in 2019 as Vice President. He brings a wide array of experience in commercial real estate, digital securities, and crowdfunding to GSP where launched his career from 2014 until 2016 as a Vice President with Bram Team. Paul has facilitated the successful closing of over $1 Billion of financings across 75+ projects in commercial real estate, private equity, and early stage tech ventures.

Prior to 2019, Paul launched Digital Asset Advisors (DAA), a specialty consulting firm which works with early stage tech companies. Under Paul’s leadership DAA grew to a 10 person firm whose highlights include: fractionalizing the first CRE building in the United States, leading Hyperloop Transportation Technologies cap table management, and dozens of global speaking appearances on the future of technology in real assets. In 2016 Paul Monsen spent time volunteering in Ecuador in the wake of the massive 7.3 earthquake with the Israeli aid organization IsraAid. After returning to the US in late 2016 Paul worked for the private equity firm’s Amerigo Capital and Maxim Commercial Capital.

Paul graduated from Marquette University in 2013 where he was a four year letter winner on the Marquette Men’s Soccer team, Big East Champion in 2012.