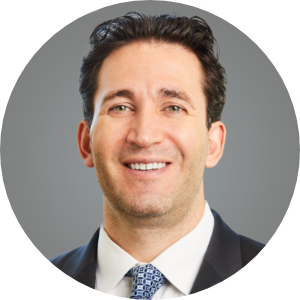 Paul is a Managing Partner with The Multifamily Group (TMG) where he specializes in multifamily owner representation in Texas and Oklahoma and Single Family Rental (SFR) portfolios throughout the United States.

Prior to forming The Multifamily Group, Paul was an Executive Director in Investment Sales with Sperry Van Ness (SVN) and finished as the company’s #7 highest performing broker out of over 1,100 brokers worldwide in 2017, the #1 ranked broker in the Southwest Region, and the top producer in the office in 2017. In 2016, Paul was the 3rd ranked broker in the Southwest Region, was the 25th highest producing Broker worldwide, and top producer in the office in 2016. He qualified for the company’s Partner’s Circle recognition in both 2016 and 2017.

He was the first Single Family Rental (SFR) Portfolio Product Council Chair for SVN, forming the product council to help brokers nationwide understand how to broker SFR portfolios, a newly emerging asset class in commercial real estate. He regularly speaks at national conferences focused on SFR portfolios throughout the US.

Paul’s education includes an M.B.A from the University of Texas at Austin and a B.B.A in Finance from The University of Colorado at Boulder where he attended on an ROTC scholarship. He was awarded the Bronze Star Medal for his service in Iraq during his second deployment as a Captain in the Army. Between his two deployments, he spent 27 months in Baghdad from 2003-2008.