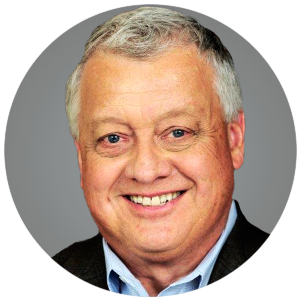 Eric Pitcher manages economic development sales for BNSF Railway Company in the Midwest states of Illinois and Wisconsin as well as portions of Iowa and Kentucky. Within the region Eric is responsible for attraction of large distribution and industrial facilities to sites served by or near the BNSF Railway network, managing the approval process for installing rail service to new and expanding customers, identifying new locations for rail-served industrial parks, and managing the BNSF network of transload providers.

Prior to BNSF RR, Eric supervised sales and economic development groups for Fortune 500 energy companies and for the State of Illinois, managing over 20 million square feet of industrial and commercial site location projects worth over $4 billion. He received his MBA from the University of Chicago, is a member of the International Economic Development Council, America Railway Development Association and is former president of the Illinois Development Council. Eric also serves on the Board of Directors and the Freight Advisory Council of the Will County (IL) Center for Economic Development.

BNSF Railway Company, a subsidiary of Berkshire Hathaway, operates one of the largest railroad networks in North America, with over 32,000 route miles in 28 states and two Canadian provinces. The railway is among the world’s top transporters of intermodal traffic, moves more grain than any other American railroad, and hauls enough low-sulphur coal to generate about ten percent of the electricity produced in the United States. BNSF is an industry leader in Web-enabling a variety of customer transactions.

Eric enjoys platform tennis, travel, fishing and volunteer work. He is married to Ann. They have a son attending, and a daughter who recently graduated from the University of Illinois, Urbana/Champaign.