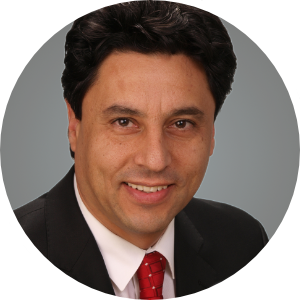 With more than a decade of experience in representing investment clients in the multi-family markets of the sprawling San Fernando Valley and the Tri-Cities markets of Burbank, Glendale and Pasadena, and, in the process, has consistently won top producer honors. His most recent achievements include: 2017 & 2018 Everest Club Top 10% Producer of Colliers Brokerage in North America and the recipient of Max Green’s 2017 & 2018 Top Producers Award.

Earlier in his professional career, Ghobadi owned and operated a hospitality and transport company with more than 50 employees whose success provided him with invaluable business acumen and gave him a running start when he decided to change careers in 2006, the year he began his commercial real estate career. Just 12 months later in 2007, he won “Rookie of the Year” honors and has never looked back.

Ghobadi, who is fluent in three languages – English, Swedish and Farsi – continued to win top sales awards despite the economic downturn of The Great Recession of 2008, until it ended five years later in 2012. It was during this five-year period that he won top sales honors despite the severe economic downtown.

After continuing to climb the brokerage ranks at his previous firm, he held progressively more senior brokerage and management positions, including Director of Special Asset Services, where he specialized in the disposition of distressed and REO properties.

His lengthy experience first as a business owner and now as a senior investment broker, including stints at two other brokerage firms, along with his ability to fluently speak three languages in the polyglot markets that comprise so much of the Los Angeles Basin, has allowed him to create and maintain a loyal, ethnically diverse following of clients from a variety of backgrounds.