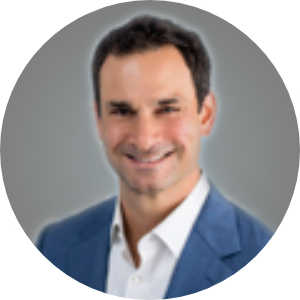 Based in New York, Rob Bernstein is Executive Vice President of Capital Markets and Originations for Mag Mile Capital and previously for Aries Conlon Capital. Rob leverages his more than 20 years of experience from the Wall Street investment banking side of the industry to bring a unique level of advisory expertise to both his owner/developer clients, and capital source relationships.  He is responsible for placing deals with capital sources, cultivating new and diverse capital source relationships, enhancing relationships with life companies and assisting with conduit and non-conduit deal execution.

During his tenure in the banking and finance industry, Rob has originated over $1.5 billion in loan transactions. He most recently served as a Senior Vice President with C-III Commercial Mortgage in New York where he was responsible for originating CMBS product as well as bridge loans for C-III’s balance sheet.

Prior to that position, he spent a number of years as a Director with CIBC, Citigroup Global Markets where he originated CMBS and balance sheet loans, and as a Vice President of the Capital Investments Group with CWCapital, LLC.

Earlier in his career, he also reviewed more than $3 billion in loan requests while at RBS Greenwich Capital.
Rob has a Bachelor of Science in Finance from Binghamton University School of Management and currently resides in Westport, Connecticut.

In addition to being active within AAHOA as a Club Blue Founding Member, Rob is a member of ICSC, Chicago’s Real Estate Investment Association and the Self Storage Association.