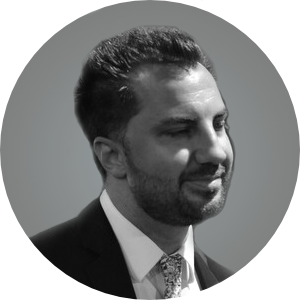 Robin Bhalla started his career in brokerage in January of 2006, right before The Great Recession, and has seen the highs of the highs and the lows of the lows. As a broker, Mr. Bhalla worked mostly on teams specializing in Landlord representation while also doing some Tenant representation on his own, representing tenants that included GNC, Carl’s Jr., Togo’s, Rent-A-Center and Fantastic Sam’s, among others, in their SoCal expansion. After almost 5 years in brokerage, Mr. Bhalla decided to make the transition to the more stable Landlord side of the business and joined Combined Properties, Inc. as a Leasing Associate in August of 2010. In November of 2014, Mr. Bhalla moved down to Orange County and accepted a Director of Leasing position with Irvine Company Retail Properties overseeing a portion of their Southern California portfolio. After almost 4 years in Orange County, Mr. Bhalla decided to move back to his hometown of LA and joined The Festival Companies as a VP of Leasing, overseeing their CA portfolio. Along the way on his different stops on the Landlord side, Mr. Bhalla has won multiple “Top Deal of the Quarter” awards, been recognized for rent growth and deal count achievements and been featured as one of “Tomorrow’s Leaders” by Real Estate Forum Magazine. In addition, Mr. Bhalla is currently a member of Forbes Real Estate Council and has also served on ICSC’s Next Generation board from 2007 – 2015, the last 2 of which he served as the Southern California State Chair.

Mr. Bhalla graduated with a B.A. in Psychology and a Minor in Business Administration from The University of Arizona and is an avid Wildcat fan to this day (Bear Down!). During his time at Arizona, Mr. Bhalla was part of the Zeta Beta Tau fraternity, the American Marketing Association and was named to the Dean’s List his Senior year. Mr. Bhalla currently holds a California Real Estate Broker’s license and, in his free time, enjoys playing flag football on the beach, boxing, traveling abroad and checking out the newest restaurants and hot spots in town!