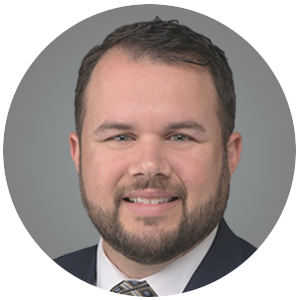 Ryan joined Cushman & Wakefield in 2016. Previously he worked for real estate development company, Shea Commercial, starting in 2008 as a Leasing and Sales Associate. One of Shea Commercial’s main goals was to dispose of or renegotiate 28 bad commercial loans as soon as possible. In such a challenging market, Ryan and his partner Sheila successfully disposed of every loan but three before joining Newmark Grubb Knight Frank(Formerly Grubb & Ellis Company) in 2010.

Ryan specializes in Landlord and Tenant Representation of Office Properties, specializing in Healthcare Providers, in the Greater Phoenix Market. He is highly regarded as one of the up and coming brokers in the Valley and has been nominated for numerous awards, including Office Team of the Year by NAIOP in 2011 and Emerging Broker of the Year by NAIOP in 2015. He was also featured as the Rising Star in the May 2016 edition of Commercial Executive magazine.

His team has been involved with some of the most complex and competitive transactions in the recent markets, including the disposition of the First National Bank Portfolio for Sorenson Group Management, placement of IRIS USA’s new US Headquarters in Surprise and multiple site selections for Skilled Nursing Facilities for OrthoArizona.

Ryan is a graduate of the University of Arizona with a Bachelor of Science in General Biology with a Minor in Chemistry. He enjoys spending his free time with his wife and two sons.