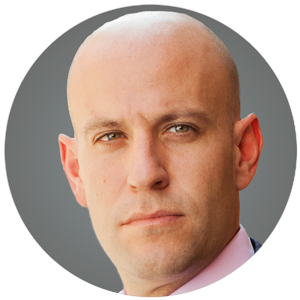 Ariel Schuster has more than 14 years of real estate experience. He is a Vice Chairman with RKF, specializing in both landlord and tenant representation.

Ariel joined RKF in 2001; since that time his roster of landlord clients has grown to include such prestigious owners as Related Companies; RFR Realty; The World-Wide Group; Edward J. Minskoff Equities; and The Winter Organization. During his tenure at RKF, he has masterfully negotiated retail leases totaling approximately 100,000 SF at four of Related Companies’ premier locations. In representing Edward J. Minskoff Equities, Ariel merchandised and leased 170,000 SF of retail space at 270 Greenwich Street, securing notable tenants Whole Foods Market (70,000 SF), Barnes & Noble (40,000 SF) and Bed Bath & Beyond (38,000 SF), as well as SoulCycle, Bank of America, GameStop and T-Mobile. On behalf of The Winter Organization, Ariel arranged 42 retail transactions, the most significant of which were leases with the global retail giant H&M at 111 Fifth Avenue and with Madewell at 115 Fifth Avenue. Ariel has recently completed a string of luxury transactions including Santoni’s US Flagship at 762 Madison Avenue and A. Lange & Sohne’s Flagship at 785 Madison.

Ariel equally tends to the real estate needs of his retailer clients including the Gap brands (Gap, Banana Republic and Old Navy, Athleta, Intermix), Chico’s, White House | Black Market, Vineyard Vines, Pret A Manger, Organic Avenue, La Colombe, The Children’s Place, GameStop, Finish Line, Barnes & Noble, and PetSmart. He also represented Dean & DeLuca in establishing its Upper East Side location at 1150 Madison Avenue, and secured a 30,000-SF space for PetSmart at 632 Broadway. As the Gap brands’ representative in the New York Metro area, Ariel has been responsible for 45 transactions on the client’s behalf, including The Gap’s downtown Flagship store at 170 Broadway. Ariel is currently handling the roll out of Athleta, where sites have been secured on the Upper East, Upper West sides in Manhattan, Manhasset, Woodbury Commons, and Tice’s Corner in Woodclilff Lake, NJ.

In 2010, Ariel completed the two largest supermarket deals in New York City: At 250 East 57th Street, he secured Whole Foods Market as the retail anchor of a one-million-SF development, and completed Fairway “Like No Other Market”‘s 45,000-SF lease at 240 East 86th Street, establishing the expanding chain’s first Upper East Side location. Ariel was part of the team awarded with the REBNY Retail Deal of the Year in 2010 for Fairway “Like No Other Market”‘s contribution to the growth of the Manhattan retail landscape.

Ariel is a licensed Associate Real Estate Broker in the state of New York and a member of both the International Council of Shopping Centers and the Real Estate Board of New York. He serves as Vice-Chairman of the Israel Bonds Real Estate Division New Leadership Committee and is a City Harvest volunteer.