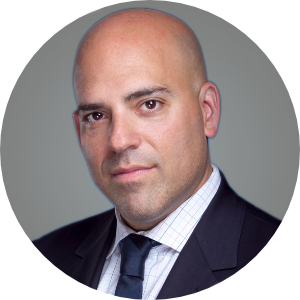 Shawn Rosenthal joined CBRE as an Executive Vice President in the Debt and Structured Finance Group in June of 2013. He is primarily responsible for all aspects of the origination and underwriting process including sourcing, evaluating, structuring and negotiating investment and finance opportunities for all property types throughout the United States with a focus on New York City. Over the past decade he has closed approximately 155 transactions for approximately $9,500,000,000 across the country.

Shawn is an expert in the mezzanine debt markets and spends significant time on joint venture equity transactions, often speaking on panels at industry conferences. He has authored several articles on these topics and recently completed a chapter in a Real Estate Capital Markets Handbook, a text utilized in European business schools.

Prior to joining CBRE, Shawn was a Principal of the Ackman-Ziff Real Estate Group where he worked from 2000-2013. In 1997-2000 he practiced real estate law at Thacher Proffitt and Wood, a large New York City-based law firm, which worked on a broad range of real estate finance and corporate transactions. Prior to law school, he worked at KPMG for two years as both an auditor and tax associate.

Shawn holds a Bachelor of Arts degree in accounting and economics from Queens College and a Juris Doctorate in Law from New York University Law School. Shawn is a licensed attorney and CPA in New York. He is a member of a host of real estate organizations including the Real Estate Board of New York, Urban Land Institute, International Council of Shopping Centers, National Multifamily Housing Council and the New York State Bar Association.