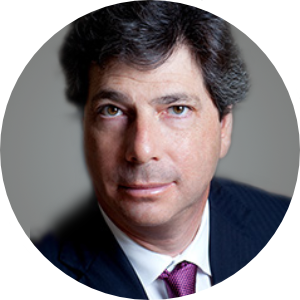 Sandy Sigal is a graduate of the University of California at Los Angeles and has been an entrepreneur in the real estate industry for almost 30 years. In 1997, Mr. Sigal founded and serves as Chief Executive Officer and President of NewMark Merrill Companies, which has grown to be one of the fast growing privately held developer and owner of shopping centers in Southern California, Colorado, and Illinois. He is also Chairman of BrightStreet Ventures, a company he co-founded to provide more opportunities to his tenants and other owners of centers by integrating on-line platforms with the traditional brick and mortar business.

Mr. Sigal’s first career started at the age of 12 as a programmer and software developer for personal computers in their infancy, learning accounting and project management while computerizing different businesses. Mr. Sigal started his career in real estate at the age of 20 by joining West Venture Companies, a Southern California-based homebuilder, first to computerize there business processes. While there he founded West Venture Commercial, the commercial retail division, where he built or redeveloped over 25 shopping centers as well as oversaw their management. In 1993, Mr. Sigal was promoted to President and CEO of the parent company giving him responsibility for the land acquisition, development and sale of over 700 homes, and oversight of the commercial and mortgage divisions. In 1997, Mr. Sigal left West Venture and co-founded NewMark Merrill Companies at which time he purchased the West Venture retail assets, including 15 retail centers and 4 development projects.

Since NewMark Merrill’s inception in 1997, Mr. Sigal has acquired and/or developed an additional 78 retail centers totaling over 8,000,000 square feet and in over 30 cities. In addition, his company, LandMark Retail Group has built over 50 CVS’ throughout California. NewMark Merrill has been ranked one of Los Angeles’ Fastest Growing Private Companies by the Los Angeles Business Journal for 7 years, Top 10 Property Management Firms & Top 10 Development Firms by the Los Angeles Business Journal and currently owns and/or manages 73 shopping centers throughout California, Colorado and Illinois representing almost 11,000,000 square feet with a collective value in excess of $1.2 billion dollars. The Company received “The Best Retail Project of 2013” by the Los Angeles Business Journal for a project it renovated and redeveloped in Baldwin Park, California. It credits among its tenants Wal-Mart, Meijer, Whole Foods, Sprouts, Ralph’s, Albertsons, Toys R Us, 99c Only Stores, CVS, Walgreen’s and other local and national retailers. The company has offices in Thousand Oaks, Norwalk, Anaheim, Oceanside, and Sacramento, Chicago and Colorado and a corporate office in Woodland Hills.

Mr. Sigal is also active in community organizations serving on the Board of the Camp Max Straus Foundation, a camp for underserved children which Mr. Sigal attended when he was a child. He is currently serving as Vice Chairman of the Board and dinner chair since 2004 and was recipient of the William Shatner Humanitarian Award in 2007 for his work for the Foundation and the Camp. Mr. Sigal serves as a mentor for young adults interested in real estate through the Young Leadership Development Institute as well as the Real Estate Professional Organization through the Jewish Federation and mentors Olympic Athletes on transitioning from sports to private industry. Mr. Sigal is also an active member of the Young Presidents Organization of Santa Monica Bay (YPOSMB) currently serving as Chapter Chair as well as the Regional Education Chair for the Pacific Region. In 2013, Mr. Sigal’s YPO Education program for his chapter won “Best of the Best” for all YPO Chapters Worldwide. Mr. Sigal received the EY Entrepreneur Of The Year® 2016 Award in the Services category for Greater Los Angeles. Mr. Sigal has 4 children, and has resided in Calabasas for the last 20 years.