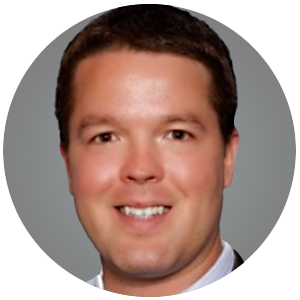 Al began his career in multifamily investment sales with Marcus & Millichap’s Dallas office in March 2004. In 2006, Al was recognized as a CoStar Power Broker in the Dallas/Fort Worth area. In 2007, Al was promoted to Senior Associate and earned a sales achievement award for outstanding sales performance. In 2011, Al earned a gold sales achievement award and in 2012 was promoted to Vice President Investments and Director of the National Multi-Housing Group. In 2012, Al was recognized as the top private client multifamily producer for Marcus & Millichap in the state of Texas, and in the same year was recognized by the Dallas Business Journal for the year’s best suburban multifamily deal for the sale of the 168 unit Britain Way Apartments in Irving. In 2013, Al was named a Top Broker by the Dallas Business Journal. In 2014, Al was ranked as the #22 multifamily broker for Marcus & Millichap nationwide and was promoted to Senior Director of the National Multi Housing Group, which is the most prestigious designation in the NMHG. Between 2012 and 2016, Al has earned an impressive five consecutive Platinum National Achievement Awards, which are given only to the company’s most productive brokers. In August 2017, he was promoted to First Vice President Investments of Marcus & Millichap. In July 2017, Al was again promoted to Senior Managing Director Investments, and he received the Chairman’s Club award within Marcus & Millichap.

Since joining the firm, Al has successfully closed more than 19,000 units and over $850 million in investment sales transactions, and in doing so has averaged an industry leading 99.6% closed sales price to asking price ratio. These outstanding results are accomplished as a result of Al’s unique approach to the business using a highly effective combination of sound underwriting principles and a marketing strategy that is tailored for each assignment to target the largest pool of qualified buyers for a specific property.

Al is based out of the Marcus & Millichap Fort Worth office, where he has been the top agent in five out of the past seven years. He attended Texas A&M University and remains active in alumni activities. Al is also an active member in the community and is involved with several local real estate organizations, serves on the executive board of the Fort Worth Metro YMCA and the Ronald McDonald House of Fort Worth, and is a member of University Christian Church in Fort Worth.