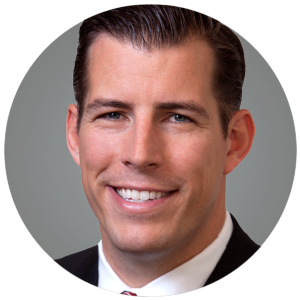 Pat Swanson is based in Colliers International’s Irvine office, specializing in multifamily investment sales in the Orange County marketplace.

As one of Orange County’s top multifamily brokers with over decade of experience, Pat’s success has been predicated on exceeding his client’s expectations. Ranging from portfolio management to acquisition and disposition strategies, he has been involved in some of the most high-profile investment transactions in Orange County, including bulk condo sales, distressed asset resolution, and value-add repositioning. He set a multifamily price-per-unit record for West Costa Mesa, while simultaneously advising the same client in a 1031 exchange that more than doubled the client’s cash flow.

Prior to joining Colliers, Swanson served as Vice President in the Newport Beach office of Hendricks & Partner’s, as well as a Senior Multifamily Advisor for Sperry Van Ness in Irvine, California. Furthermore, while previously at Colliers he received numerous accolades for his excellence in client service skills and sales performance. Most recently, he was ranked #2 out of all Collier’s international apartment agents, as well as #4 for all Sperry Van Ness in 2009. These lists included more than 1,000 agents.

Swanson graduated from the University of Southern California with a Bachelor of Science in Business Administration with an emphasis in Marketing, during which time he was a three-year starter for the Trojan’s football team. Swanson’s athletic ability extends beyond college football as he is also a Black Belt in MooYea-Do Karate.