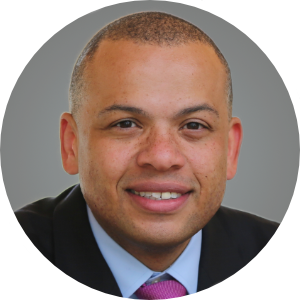 Kurt Summers is Chicago’s 70th Treasurer, having taken office in December 2014. A native son of Chicago, Treasurer Summers manages the city’s $8 billion investment portfolio and is responsible for maintaining records and accounts of the city’s finances. He sits on four local pension boards with nearly $25 billion under management.

Since taking office, Treasurer Summers has sought to redefine the fiduciary duty of the City Treasurer’s Office by not only prioritizing financial returns but also aligning investments with public policy priorities. Most notably, he has overseen the development of the most comprehensive Environmental, Social, and Governance (ESG) integration strategy of any major city in the world. Now, Chicago is integrating ESG factors like carbon emissions, labor rights, and corporate board diversity into 100% of its investment decisions on corporate securities. In addition, Chicago has achieved a carbon-neutral investment portfolio and has committed to the United Nations-supported Principles for Responsible Investment.

In addition to ESG integration, Treasurer Summers has also prioritized investing locally. For example, Treasurer Summers created a $100 million local economic development vehicle designed to make strategic investments in low- and moderate-income neighborhoods, and his office made a $20 million deposit in Chicago’s last black-owned community bank. Both of these efforts will help spur capital access and economic development in financially underserved areas.

As the office’s investment portfolio has grown increasingly in alignment with public policy priorities, it has also generated more and more returns for taxpayers. Under Treasurer Summers’ leadership, in 2018, the office generated $156.1 million—more than three times what the office generated in 2014. These higher investment returns came after a four-year-long office modernization process, which included procuring financial data; investing in human capital; and managing cash and investments more efficiently. The office has reported on its earnings every quarter since May 2015 through its first-in-the-nation Quarterly Earnings Calls.

Treasurer Summers’ career has spanned the public and private sectors. Immediately prior to becoming Chicago’s Treasurer, Summers was a Senior Vice President at Grosvenor Capital Management and a member of the Office of the Chairman, where he created a new product that invested over $2 billion in minority- and women-owned firms. Previously, Summers served as Chief of Staff to Cook County Board President Toni Preckwinkle and as the appointed Trustee for the $9 billion Cook County Pension Fund. In that capacity, Summers led county-wide reforms to provide performance management in every department and to create a more sustainable health and hospital system, and also steered the closure of a $487 million budget deficit while keeping the administration’s promise to roll back the county sales tax, saving
taxpayers more than $400 million a year. Earlier in his career, Summers worked at McKinsey & Company, a preeminent global strategy-consulting firm, and served as Chief of Staff for Chicago 2016, the city’s bid for the 2016 Summer Olympic Games.